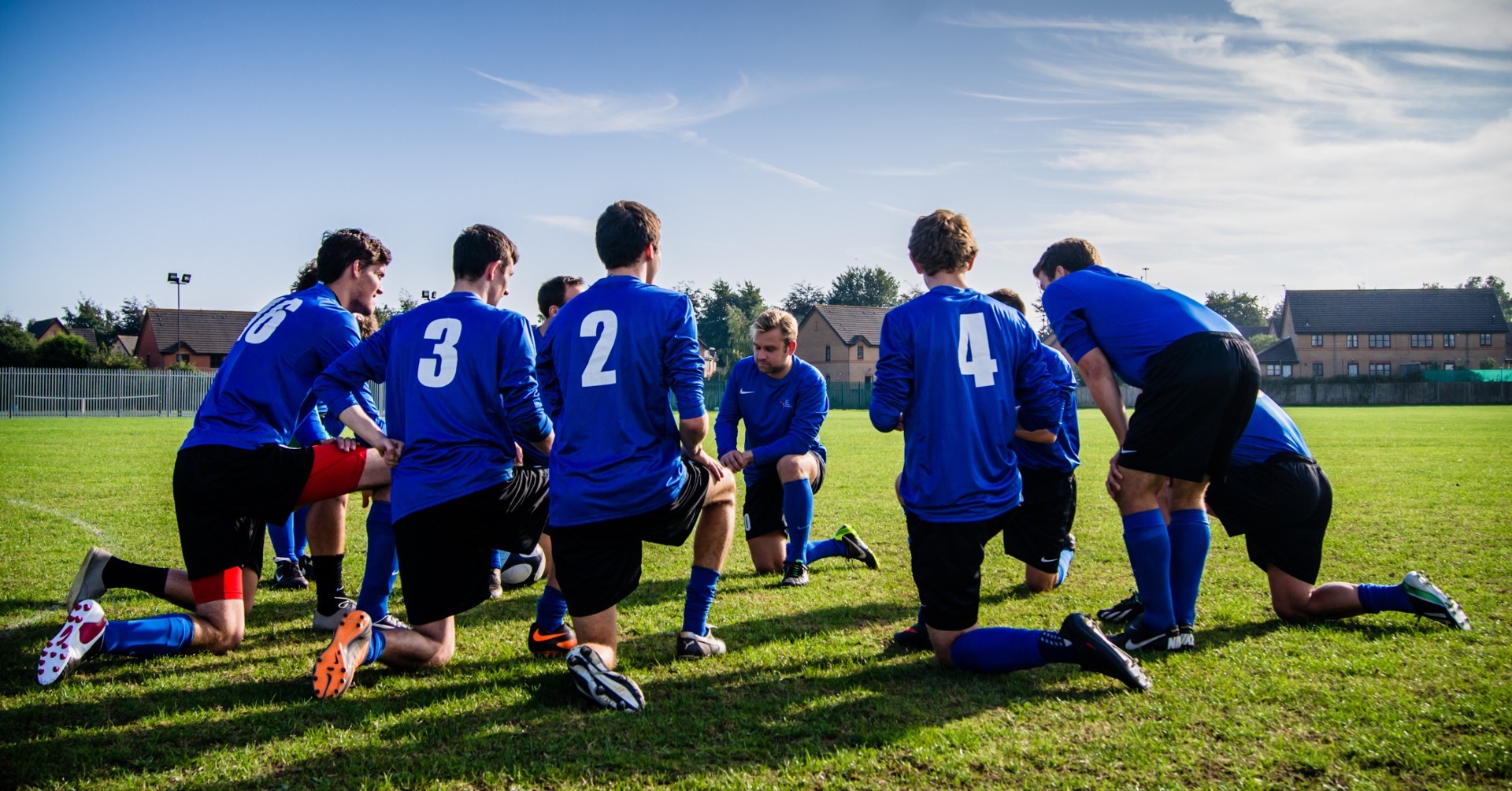 A seasoned football coach, such as myself, knows it is very hard to get indisputable facts from football training. Most times, we coaches think, hope or assume things during training sessions.

A sports technology solution, such as Xampion sensors, can make the difference between thinking and knowing, assuming and facts. Technology and data gives coaches the possibility to achieve the next level in training analysis. Xampion sensors produce data from players’ movements and contacts with the ball. Unfortunately, so far no technology has been able to analyse the player’s decision making but maybe some day, who knows. Having humans playing instead of robots is a part of what we love about the game anyway, right?

The Xampion coach solution together with Xampion player data is an excellent way to know more, learn about coaching and develop players.

How does Xampion exactly work in training?

Players in the team set up a group and each player gives the coach permission to access their sensor data using their personal Xampion Apps. The coach uses Xampion Coach Platform which automatically collects the information and makes all the calculations. After the session, player data is automatically delivered to their Xampion Apps through a Bluetooth connection. The coach platform collects the data from all team members and all the data will be automatically available by the time the team have sat down in the dressing room.

The focus in football training should always be in the player and playing better. With Xampion sensor data the coach can show the player how he or she has improved and is actually performing better than earlier. This has a huge motivational impact on the player and drives the player to train more and focus on the key areas of his or her game.

Whether or not a player is playing better than before is not that easy to show in many cases. If a player passes with a higher speed, sprints more often and runs quicker than earlier, he’s is probably also playing better – or at least performing better in these areas of the game. Unlike before, thanks to technology, the coach and the player can now get precise information from trainings and games which can make training a lot more efficient and speed up the player’s development.

When a player is improving or playing well in a game, an experienced coach can tell the difference anyway, so why use sensors?

In clear cases with enough time passed, any coach can see that a player has improved in general. But what about all the specifics of each area of the game? And how accurately can a coach evaluate the performance of an individual in a game when there are 22 players running around the pitch?

When the coach has the actual data, measured information, results from several playing sessions and other data provided by the Xampion platform, he can show the development specified to each area of the game and based on actual facts. And for the whole team at once. I guess it’s pretty safe to say no human coach would be able to grasp all that information from a game, no matter how experienced he’d be. I know I can’t.

Definitely. Imagine a situation where the coach has set up a training session for passing and tells everyone to give 100 strong, pacey passes. During the drill, there are a lot of players passing the ball simultaneously and following each performance is not that easy. However, after the session the coach can now analyse the performance of the team. If there were only 65 passes and mostly with medium speed, the coach can modify the drill and put the lads back on the field to have another go. Ok, better this time – 85 passes and higher passing speeds than before. The coach can again make small changes and on the third or fourth time there are 100 passes and ball speed is high – this will be our passing training for the next three weeks.

How does the data help in developing individual players?

Comparing players is usually a difficult thing to do for anyone. You can have an opinion and somebody will have another one. With Xampion you can compare players and get comparable data from the same game or training drill. Traditionally the coach has had to trust his gut feeling about if the player did well of if he was being lazy. Xampion data can now show exactly where the truth lies. And you don’t have to compare players only to each other but instead, you can compare the activity and performance of an individual today to how he or she played yesterday, last week or two months ago.

Xampion is not only useful to coaches but it can be hugely motivating to players themselves. Team players tend to have a competitive nature also in the dressing room and one way to fuel this friendly competition is sharing your results with friends and challenging them on the Xampion app. This is a great way to make players enjoy training and to motivate them to train even harder. Xampion also has a feature called Player Profile Card, which gives you an overview of your skills, such as pace, passing, shot power and stamina. These values grow slowly in time but it’s great for setting long-term goals for your development.

Xampion is a state-of-the-art wearable sports technology product for future football champions. Xampion uses highly sensitive motion sensors packed in a small and durable case. The motion data is automatically stored into the Xampion sensor memory and delivered to your mobile device in a readable form. Xampion motion data allows you to train right, boost your motivation and maximise your full potential as a player.