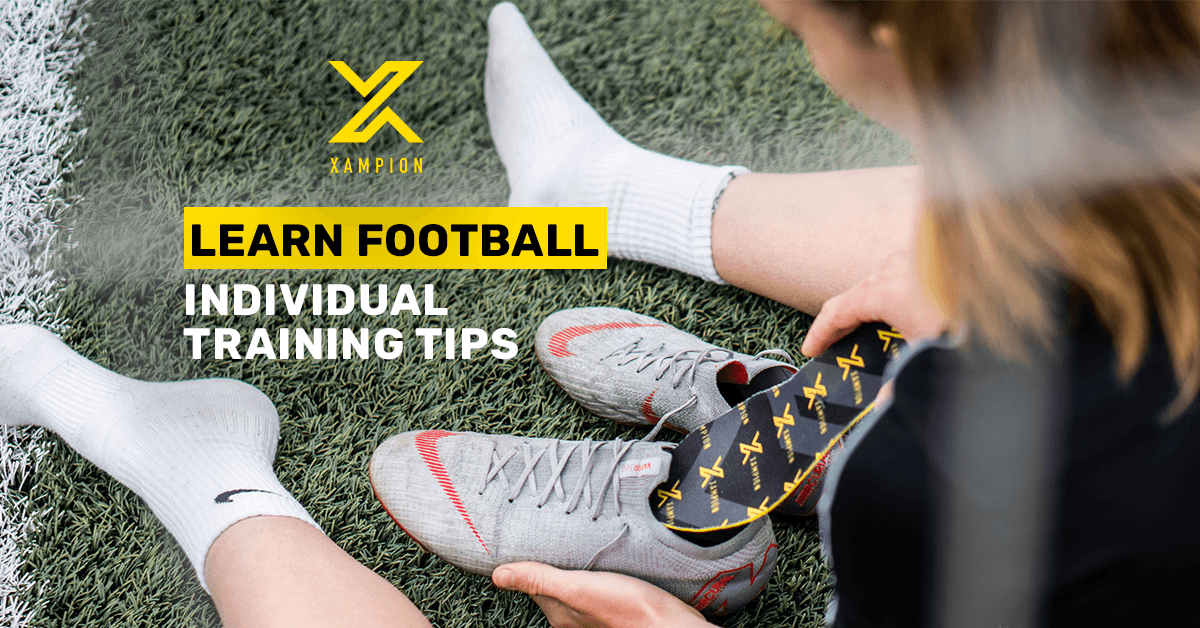 The fact you are searching for how to become better at football by yourself is great. Searching for information is one of the crucial things we mentioned in our post about things to do when young to become a professional football player.

Becoming Better at Football by Yourself Starts with Getting Creative

“Perfection is the enemy of progress.”-Winston Churchill

You don’t need fancy training equipment to be able to train just as well as without it.

Having the right equipment for sure makes life easier, but the issue is that most of us will wait until we have that equipment until we can do certain exercises. And that is the enemy of progress. 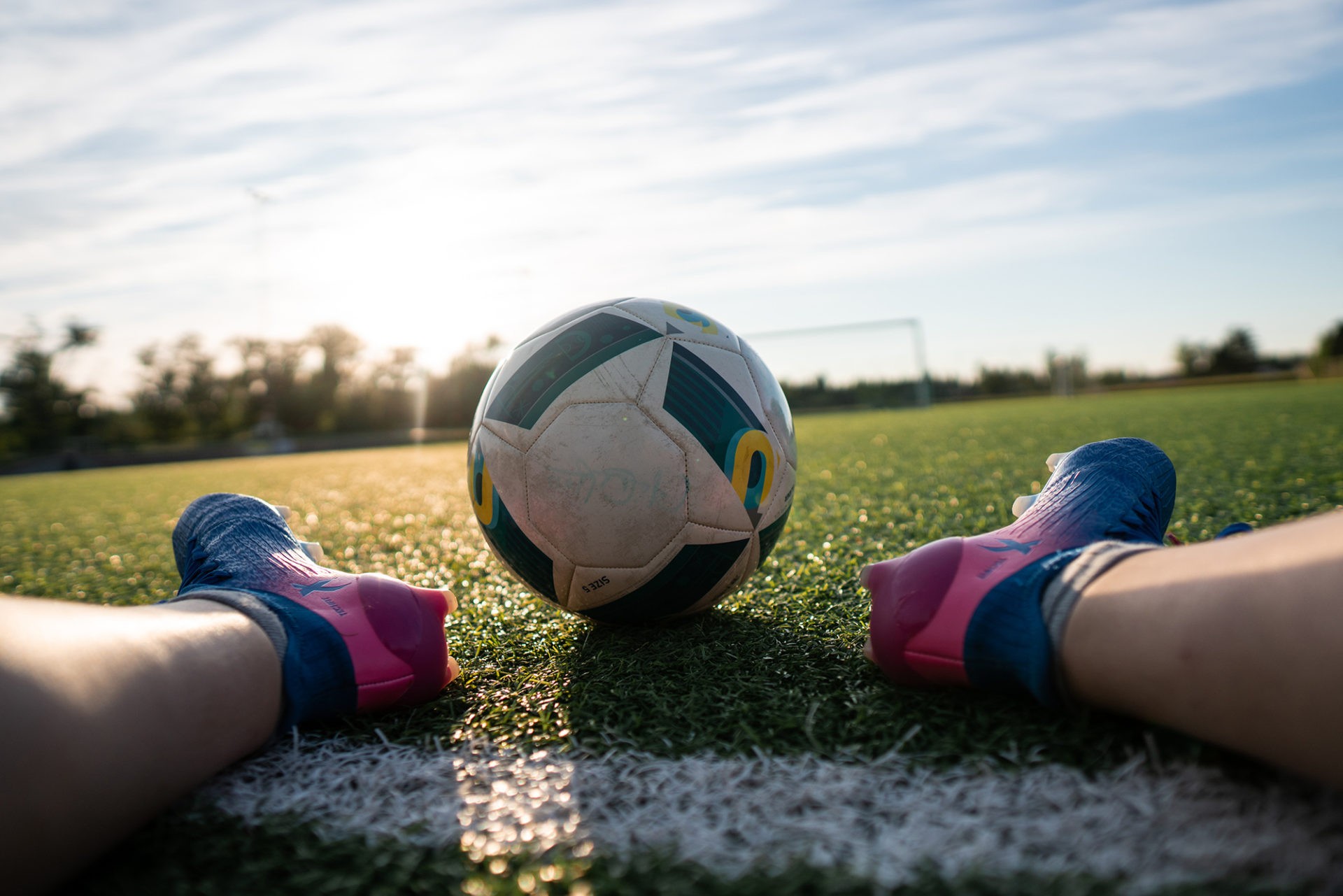 If you don’t have a rebounder that will pass the ball back to you when you are working on your passes and touches, go to a wall. Yes, that’s not ideal for your ball, but that’s how most of the professionals started out.

If you want to become better at football by yourself, it starts with doing.

Instead of cones, use rocks. Instead of rebounders, use walls. Don’t have anyone to throw the ball up for you so you can practice your headers? Ask your sibling or your parents. The key is not to get stopped by obstacles. Every type of training, if you really want it, can be replicated.

This is the best tip to apply if you want to become better at football by yourself, and one that isn’t given enough.

Finding someone that also wants to become better at football, will not only make you commit to training but can also help you improve far more as while things like rebounders or walls help, doing passes with humans which are far less predictable helps even more.

This technically is a post about how to become better at football by yourself, but when it comes to individual training, having a helping hand that is on the same page as you, will motivate you to do more than if by yourself.

Invest in a Football Course

In the post about things to do when young to become a professional football player, we mentioned that with blogs like ours and YouTube, you could find all the information that you need to become better at football by yourself, and that’s true. It’s also something that we recommend doing, but a right football course whether you go to one, or take one online can offer all the information that you need and that you didn’t even know you needed, in one place.

On this journey to become better at football by yourself, that can save you a lot of time.

Naturally, one might think that the more football you play, the better you get. That’s true. But while playing football will allow you to become better at football by yourself, playing football isn’t the only part of the equation.

Strength training, conditioning, stretching and your mind are some of the most vital components to look at when it comes to football, and while can to some extent be covered when just playing football, if you are serious about becoming better, you need to take a look at all of them individually.

If you are too shy to call for the ball because you are afraid of losing it, even with the right skills, you won’t ever become better at football. If you are a striker and are able to run plenty but aren’t strong enough, you’ll get easily dispossessed. That’s why you need to focus on these factors individually.

Make a Schedule for Individual Training

If you want to become better at football by yourself, think of it as if you started a business.

This is something that’s very basic, but because of that, most people do not apply it, and without it, you most likely won’t make it.

“It’s too basic for people to do, which makes it not basic.”

Firstly, if you want to become better at football by yourself, individual training is vital because while team training is great, it’s not tailored towards improving the things that you need to improve, and if you do only as much as your teammates, it will be hard for you to see any progress.

Some people can make a schedule in their head, but usually, it’s good to have one on paper, with plans around what aspect of football you will cover on certain days.

Track Things Around You

Are you as active when playing as you should be? Are you utilizing both of your feet? Do you run enough during a game?  Those are some of the things that are important to look at that are impossible to measure by ourselves.

And that’s where Xampion comes in whether you’re a teen, a Sunday league player or a professional player or even a member of a football club. 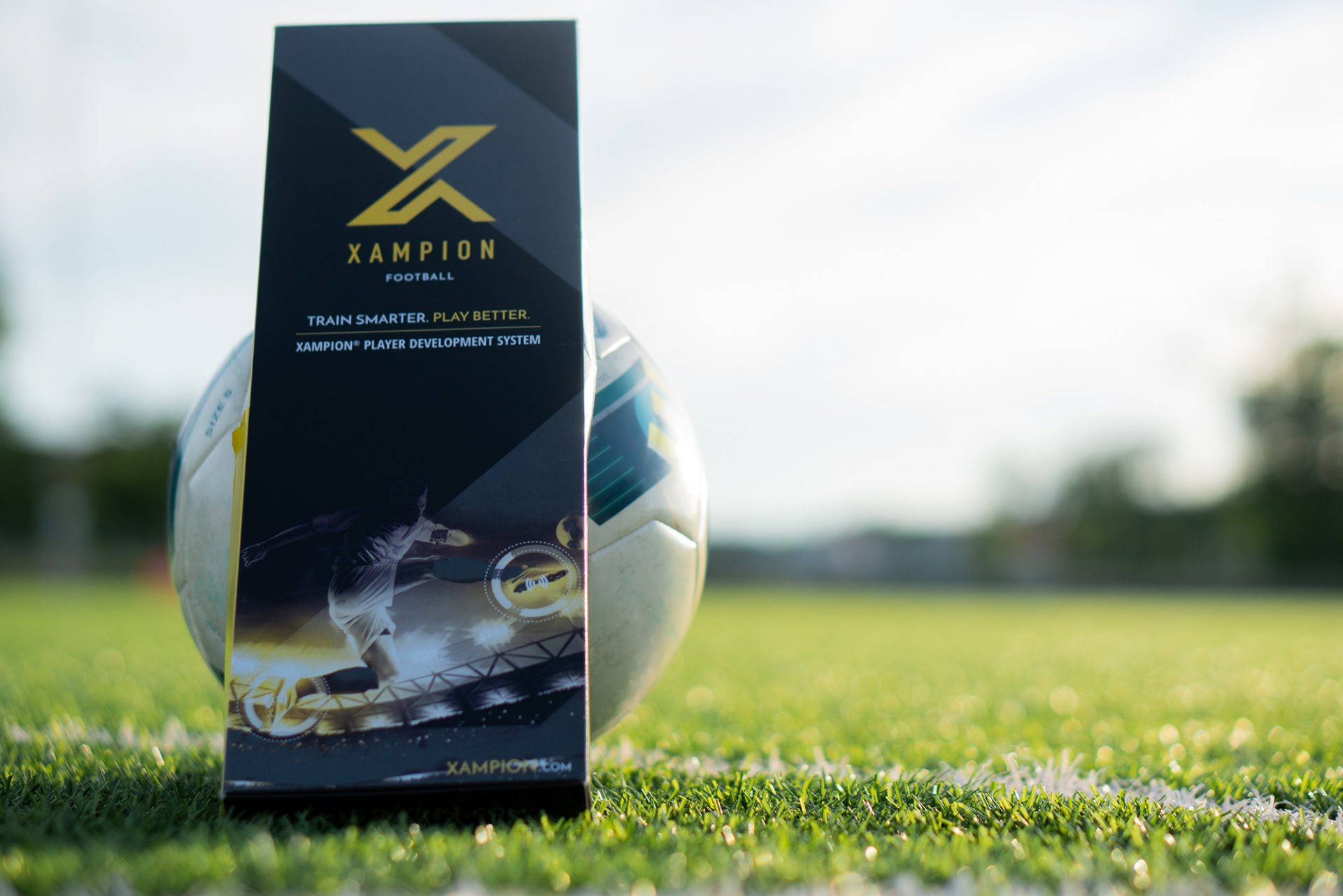 Smartwatches are able to track our daily activities without us having to turn anything on. We just walk, and data is tracked. At the end of the day, we can then look at it. Xampion? It tracks your football data whether that’s your tempo, top speed, or the number of sprints done by you, in a specific time frame.

But because Xampion is an insole tracker, or rather a pair of trackers, it can also track the number of touches you had or shots taken while tracking what side of your foot they were taken with, and at what speed.

However, it’s not just about tracking your football. If you want to become better at football by yourself, you need to track what you eat. If you sometimes wonder why you feel like you can sprint forever during a game while other times, you feel like you want to be subbed-off after 20 minutes, it often goes down to your food intake.

What you eat and when you eat, it plays a significant role in how you feel. Most of us can never connect those dots though because we do not have any data around what we eat.

Apps like MyFitnessPal make tracking the food aspect much easier. What you should eat? That’s something that we will cover on our blog in the future, but it’s not a simple answer because we are all individuals, and our bodies have different needs. With that said, there are some things to avoid for sure, such as fast carbs which come from sugary products such as biscuits as while those will give you an energy boost initially, they will also result in your energy levels falling dramatically soon after, resulting in fatigue on the pitch. We attached a link to a great blog post that covers the top 10 items to eat before running, to go faster.

That’s How to Become Better at Football by Yourself

Get creative with your training, find like minded people, invest in a football course, don’t just play football, have a schedule, and track things such as performance with Xampion while things like your diet with the likes of MyFitnessPal. And that’s how you become better at football by yourself.

Found this blog post about how to become better at football by yourself useful? Then you will, without a doubt, find our other blog posts just as useful!