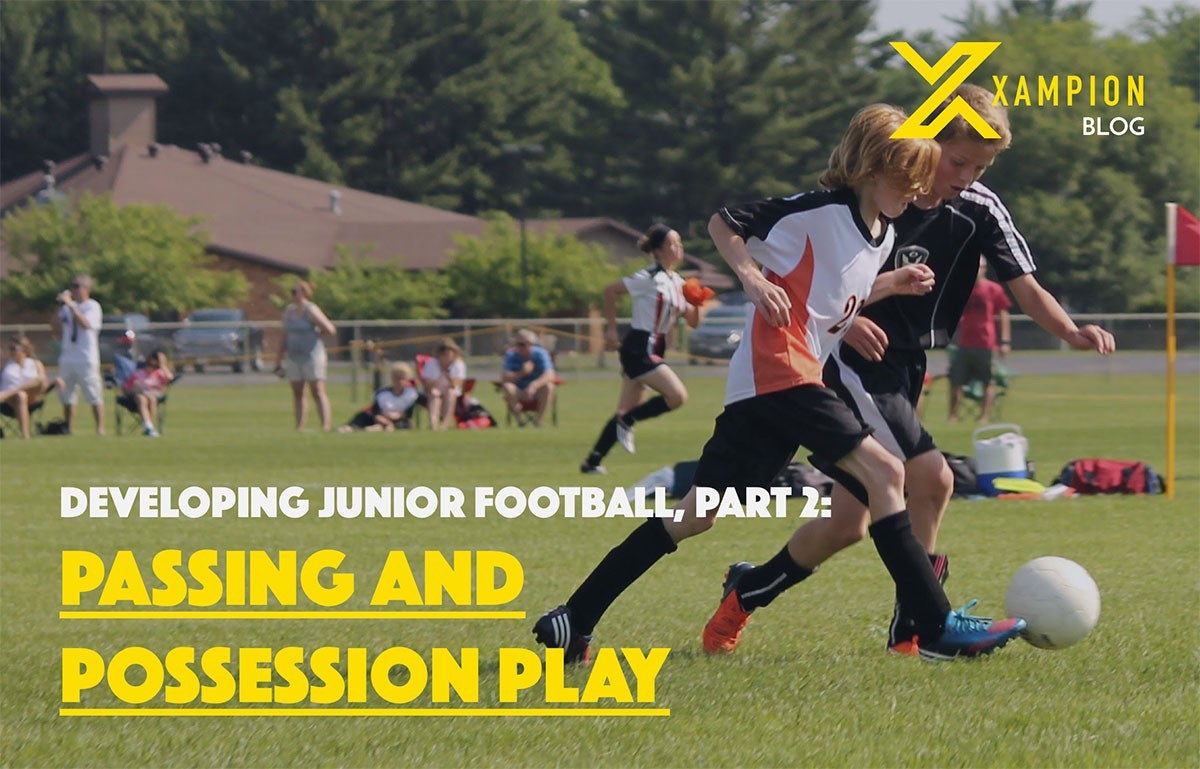 During the past few years, a lot of data has become available about ball possession in football – especially for top clubs and leagues. From a Premier League game you can get a huge amount of insights on what each player has done with the ball. All the data is gathered through a number of automated cameras and the smart technology involved. Having access to this kind of systems in reality is only available to very few players and coaches at the top.

For the masses in youth football, systems for tracking physical performance – such as heart rate monitoring and GPS tracking – have been available for some time now. Analysing ball contacts and possession play, on the other hand, has not been based on actual data but rather on the coach’s perception. But this is about to change due to new football technology.

How can possession play and ball contacts be tracked?

Traditionally football coaches have used truly old-school methods to track their players’ ball contacts and passes. In many cases this included a pen, some paper and tally marks. An educated coach would have added a plus or a minus note at the end to indicate the outcome of the contact. Manual video analysis has nowadays become more popular but it requires a lot of time and effort.

Xampion is a new type of football analysis tool which makes tracking ball contacts easy. The system does not only track the amount of ball contacts but allows you to dive deep into the details. Details include foot speed, type of contact (control, pass, dribble, strike), part of foot used and all this from both feet. This means all ball contacts will be tracked as precisely as for example “left foot – pass – inside foot – foot speed 29 km/h”. The information from every contact is available to the player and the coach after the session once the data is wirelessly uploaded to their apps.

How can we utilise ball contact analysis in football coaching?

By comparing the total amount of ball contacts of the individuals in the team, the coach will get a clear picture of how actively each of his players have been on the ball. When planning a training session, the coach can easily set up a targeted amount of ball contacts for the whole session or a specific drill. From my experience, you can always find significant differences between players during a session. And when you compare players’ statistics in a drill, the differences often tend to grow even bigger.

With the data, the football coach will get a very comprehensive picture of who is actively on the ball and who does not get the ball much in for example a 6 vs. 6 training match. When this data is combined with movement data such as the amount of high tempo sprints, the reasons for some players being constantly more on the ball may be quite clear. All this data is now available to coaches through the Xampion Coach platform.

Can a one-footed player be successful?

As a sport, football has been evolving to become faster and faster. One of the most important skill factors in the modern game for a player is to be able to play well with both feet. It is natural that players prefer their strong foot when the situation allows it. When the player’s skills are restricted to playing only with his strong foot, problems start to arise. The player will run into situations where he loses the ball because turning to his strong side takes too much time and he will be predictable to the opponent.

Commonly, players can handle the first touch fairly well with both feet. Is this enough to say the player is two-footed? Unfortunately, not. An important thing to follow is which foot the player uses when he takes the second touch. Does this happen naturally with both feet and with different areas of his feet?

After receiving the ball and taking the first touch, the next contact is often dribbling or a pass. For any ambitious player, it is imperative to be able to move the ball around and pass with both feet. When a player can manage a variety of dribble techniques and passes with both feet he will shield the ball better, he can pass in tight spaces quicker and widen his playing angles. A truly two-footed player can play the ball to a bigger area with sufficient precision.

When the coach is analysing a player’s ball contacts using Xampion data, he will get a comprehensive overview of the player’s use of both feet with one glimpse. The same data will naturally be available to the player on his own player app. We can all name a few great players who are known for “having only one good foot” but odds for getting to the top will always be better as a player with two good feet.

When we look at football as a team sport, ball possession can be maintained only through passing the ball. Passing the ball as a team requires much more than just good technical skills. So far mental attributes are out of reach when it comes to football tracking systems.

It is hard to emphasize too much of the importance of good passing skills in football. The standards will most likely keep getting higher as the game evolves. A bad passer in the team means more chances lost in a match and losing the ball means attacking turning into defence. High quality passing is a simple way to keep the team in possession.

It is quite clear that ball handling skills are worth analysing and developing and there is now a simple way to get real data to base the analyses on. It is easy to show players what they are good at and what needs to be improved when you have rock-solid facts to base your feedback on. The data is there. The only thing you need for this to happen is to start tracking and using data to become a better football coach.

Read more about the Xampion system for teams!