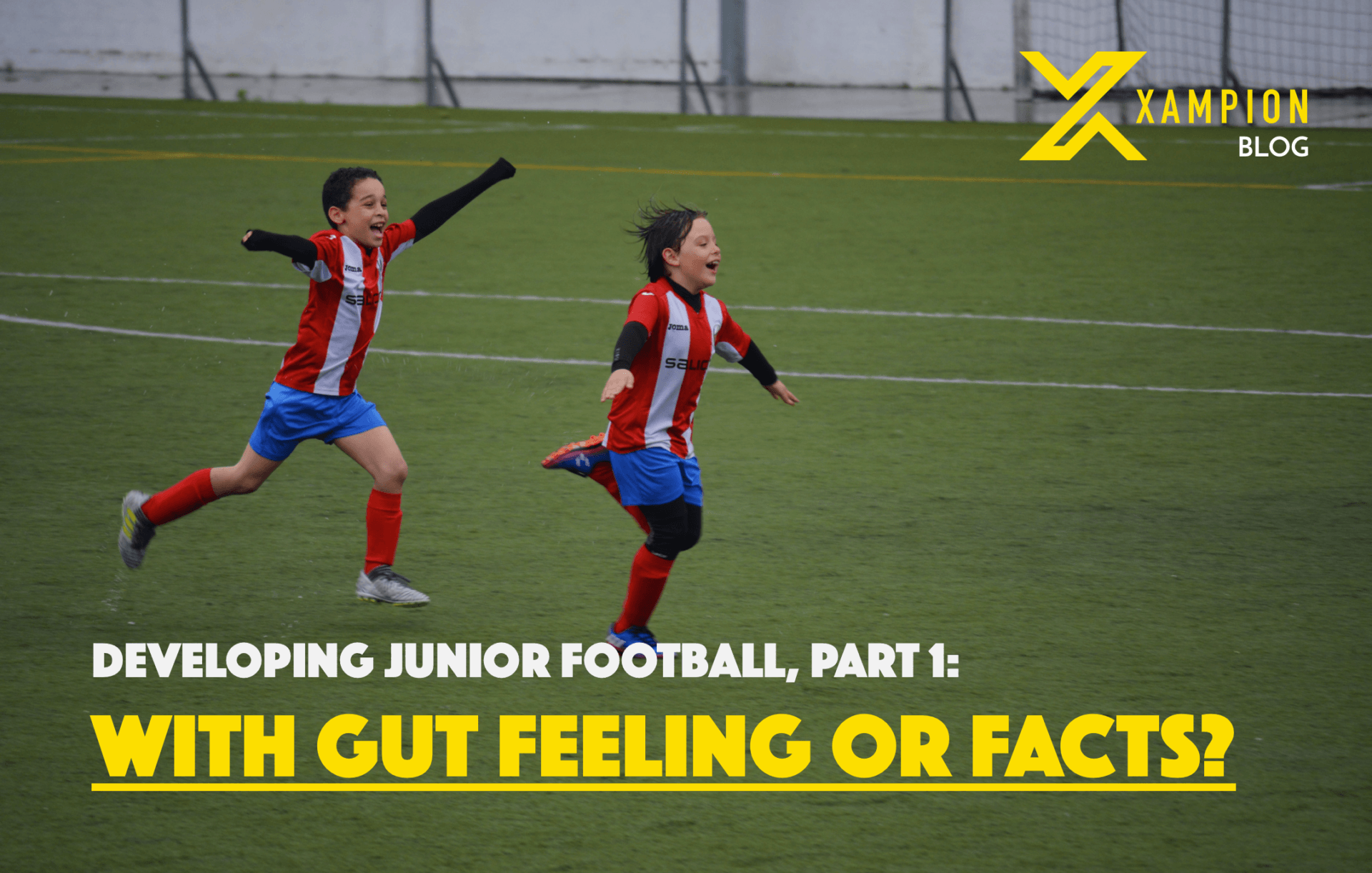 A football training session is a very diverse event. The coach is usually highly interested in the amount and intensity of movement, the amount and quality of ball contacts, whether the players are reaching their maximum levels of performance as well as a variety of other concrete factors. The coach also wants to know the impact the training had on the development of his players.

As a coach, how do I show the player the training improved a specific skill? How can I prove that the player has developed over a short or a longer period of time? Why does one drill seem to have a lot more impact on player development than another?

How do I show my players they have made progress?

A traditional way to prove progress is to set up a test where a specific quality is measured and then compared to previous results. The downside of these tests is that they are isolated from matches and normal training and rarely feature situations with opponents or other elements from a real football match. 1 on 1 situations or similar can be simulated and feedback can be given but repeating a scenario in the exact same way is impossible.

Another common way to assess a football player’s development is by not using any fact based results and tests. We can call this “assessment by gut feeling”. The gut feeling analysis has its place in football coaching, especially when it is backed up by the solid experience and vision of the coach. The challenge from the player’s point of view is whose gut feeling and opinions to believe in?

Young football players’ physical qualities develop naturally. When this is boosted with high-quality training, physical progress is pretty much inevitable. On the other hand, more challenging things to verify are the improvements in a player’s technical skills. It is difficult to conclude whether the player is consistently passing the ball faster than before – difficult, but not impossible anymore.

Whether the player is developing as quickly as possible is an even more difficult question to answer. From a coach’s point of view this requires a lot of understanding about individual traits and differences. To acquire such knowledge, the coach needs a lot of individual information and facts about his players. The best way a coach can get all this information and form a well-grounded player analysis is to collect individual performance data from every training session and game from all his players.

How effective is the training?

A football coach is always interested in what really happened during a training session. How was a player performing compared to his regular level and previous sessions and was he able to exceed some of his old records? Why is data and fact-based individual information valuable to a coach?

There are several different kinds of technical systems for analysing players. Some measure heartbeat rates and the player’s whereabouts with GPS. Others track movement through counting steps or through video analysis.

When a club’s resources are not a limitation, a combination of heartrate, movement and video analytics can be used as was the case in PSG, whose famous academy I had the pleasure of visiting a few months ago. Their tracking system was undoubtedly impressive but requires GPS trackers with heartrate monitors, filming every training session and a video analysis team with plenty of time to complete the analyses. This kind of resources are rarely available for small and mid-size clubs.

The Xampion system can deliver an answer to a lot of fundamental questions in training and player development. It is capable of accurately tracking the player’s movements and details of his ball contacts when playing. Xampion can reveal the amount of ball contacts with both feet, the foot speed when passing or shooting and the area of the foot used when kicking the ball. Xampion also provides a lot of important data about the player’s movements, such as intensity levels, sprint speed, distance travelled and time spent in different tempo areas.

Some of the metrics are purely based on quantity, such as distance covered or the amount of inside foot passes with right foot. Other metrics are more focused on quality – high tempo running, for example. Tempo levels are defined individually and based on the player’s personal records – not on average values given in text books or studies. Especially with young players in question, what could be a better point of reference than their own personal records?

The coach’s part in training analysis

When training is over and the players have uploaded the data to their smartphones, the combined data from the whole team will be available to the coach. In the Xampion Coach view the data has been crunched into clear information about what each of the players did on the pitch. Within a minute, the coach will have a clear picture about the intensity of the session, the amount of different types of ball contacts made and the comparison to previous sessions among many other useful details.

Drilling deeper into individual players’ metrics is easy. If the training’s target was to improve passing with the weaker foot, the coach will find an exact number for how many times each of his players have passed with their weaker foot. If the target was to keep up a 60-80% tempo level in the session, this can also be seen in an instant.

The data proves I’ve made progress – I still want to get better!

One of the most important tasks for a junior football coach is to make his player fall in love with football. Every player wants to improve their skills and learn how to become a better footballer. The coach’s job is to provide feedback and guidance – preferably in a style that inspires love for the sport rather than diminishing it.

One of the big coaching challenges is to show the player he has made progress. This is important because knowing you are getting better through hard work in training is perhaps the biggest motivation boost you can get. It doesn’t have to be only up to the coach’s gut feeling. With fact-based data, there is no arguing against it. For the player to remain focused and motivated, it is essential to know his hard work is paying off and that he’s becoming a better player.