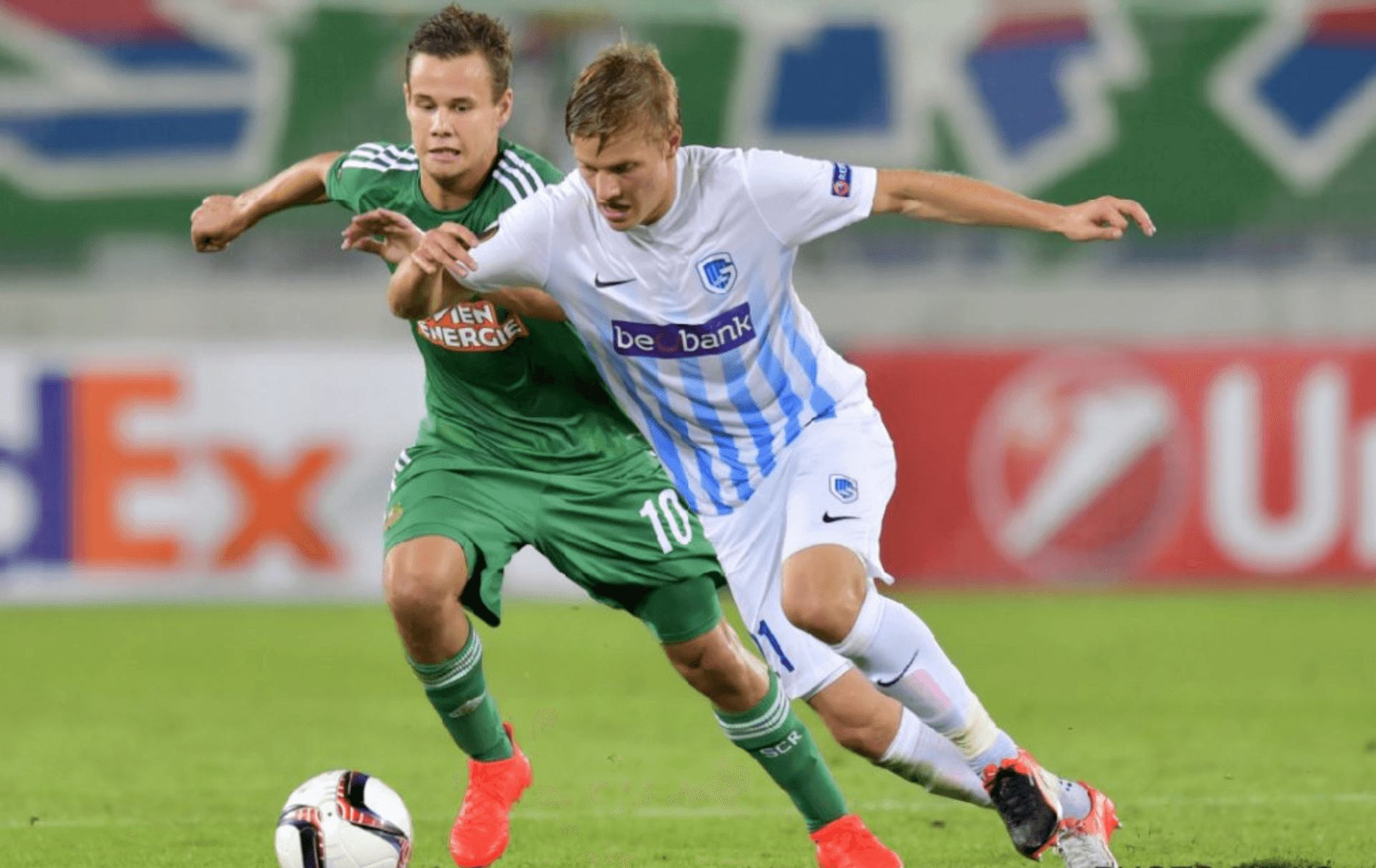 Jere Uronen is a familiar name to most Finnish football fans. He currently plays for KRC Genk in the Belgian top flight, Jupiler League, and despite his young age, Jere has also been a regular in the Finnish national team for several years.

Jere is also a Xampion Ambassador and has been helping out with testing the product and providing valuable feedback for perfecting the platform.

«After using the system for a couple of months now, I truly believe every football player out there can benefit from the data and it will help them improve and maximize their potential.»

Jere Uronen, how has has the season been for KRC Genk and you in Belgium?

– It has been quite a tough season for us so far but after Christmas we have improved our game a lot. Throughout the first half of the season, I struggled with some injury problems and didn’t have a chance to play for very long periods in full health.

The team was also struggling on the pitch, which resulted in the team getting a new manager. The new boss has got us playing a lot better and we have been getting good results but I believe we have the potential to still improve a lot.

– The league table is really tight right now and there aren’t big gaps between the teams fighting for the places in the upper group. We are currently in fifth place but there are few teams very close behind. There are only a couple of rounds to play and it’s all in our own hands. As long as we don’t stumble in the last matches, we’ll ensure our spot in the upper group where we belong.

Is there still belief in the team to go all the way to league championship?

– At the moment, we are not really thinking about the championship. The focus is in securing our place in the upper group. If we can get there, the league points earned by each team will be halved and after that, everything is possible. Right now, we’re going one game at a time and focusing on doing everything as well as possible. The championship is always the ultimate goal for us but during a difficult season like we’re having, it’s better to focus on smaller targets to ultimately make the bigger goals possible to reach.

You started using Xampion motion sensors in games and trainings a couple of months ago. What is your first impression of the product and has the performance data been useful to you?

– Using Xampion has been really easy and simple. You just need to remember to charge the batteries after a couple of sessions and transfer the data to the smart phone app after sessions. Everything else works automatically. I use the sensors with my own custom-made insoles and I can’t really feel them at all while playing.

Discovering and analyzing the data after a game or a training sessions has been really interesting and exciting. I haven’t had much access to my personal performance data before so I’m really happy to be able to follow my own performances with actual fact-based data. The data appears to be highly accurate and it’s also getting more accurate the more I play, thanks to the updates and smart algorithms of the platform.

What kind of performance measurement systems does KRC Genk use to measure their players?

– We have GPS sensors and heart rate monitors in all training and the GPS also in games. They are used to measure the physical load of trainings and the recovery of players.

What are the biggest assets of Xampion compared to the other performance measuring systems you have used?

– Xampion is totally different compared to any other system I have ever used and it’s capable of measuring things that other systems can’t. Xampion focuses on developing the player’s footballing abilities while other systems focus on measuring physical attributes. Physical development is undeniably important but Xampion is a tool for improving football technique, which I think is even more crucial in football.

To whom would you recommend the Xampion system especially?

– Even though I would probably have benefited from the data even more as a young player, I am still getting a lot of very valuable information from it every day. I think young players will probably get the most out of the data and it will help them to figure out what areas need most practice, etc. But after using the system for a couple of months now, I truly believe every football player out there can benefit from the data and it will help them improve and maximize their potential.

You can order your own Xampion sensors HERE.